I used to carry around this really big sketch book when I lived in NYC.

The way I would get comfortable with a place was by drawing it.

For years I volunteered on day a week in the bookbindery located under the Watson Library in the Metropolitan Museum of Art. MMA is not very close to subway station. I usually would do the walk to take the subway back to Brooklyn, but this one day I was just so puckered out I thought I’d take the bus downtown.

I rarely took buses, so I didn’t know which was going where, but at 5:30 on a winter’s evening, with the typical ocean of buses heading downtown, I figured I could get on just any bus and chances were good I’d be able to get off near a subway station.

I got on the first bus that I saw. Walked on, paid my fare, nodded and smiled at the bus driver, found a seat and let my thoughts drift to thoughts of home. ..then it occurred me that I might have left my keys at the Met. This would be a Very Bad Thing.

I looked through my bag. No keys. Started taking things out of my bag. Still no keys. I started to panic. The Met would closed up by 6:00.

I rushed up, got off as the bus pulled to the next stop. Got to the sidewalk. Stopped. Checked my bag again before zooming back uptown. The keys were there (of course they were…). Sigh. Relief.  But….

OH NO> in my hurry to get off the bus, after taking stuff out of my bag, I realized that MY SKETCHBOOK WAS STILL ON THE BUS.  Now I had a reason to panic. I didn’t want to lose that sketchbook. I hailed a cab. At rush hour in NYC it was some kind of miracle that I could find a cab so fast. I told the cabby I had an unusual request – to which he responded by nearly throwing me out of the cab before I explained that I needed to find a bus, and yes, I would pay him. The game was on!

We were now getting close to 59th Street. There were just scores of buses on the street. I hadn’t paid attention to the bus I got on, but I remembered acknowledging the bus driver. Finally, I saw the bus driver from the cab. Jumped out (paid the cabby, with a tip) and rushed to get to a place where I could get on to the bus.

In my absence, someone had picked up my sketchbook, looked through it, and passed it on to someone else.

That person had looked through the book and shared it with another passenger. Who also kept it in circulation.

In fact, I think the sketchbook had circulated through the whole bus. How do I know this? I know this because the moment I stepped on to the bus and the passengers saw me…

It’s January 31, the deadline for sending in a sketchbook to The Sketchbook Project 2012. My next stop is the post office.

When I first read about The Sketchbook Project it was almost too late to request to be part of it.  This is how it worked: I signed up, sent them money, and they collect, scan, catalogue and show thousands and thousands of sketchbooks done by artists all over the world.  I love this concept, and the way it has been implemented.

I draw nearly every day, so there was no question in my mind that this is something that I should be part of. The  sketchbook they provided is modest in size: 7″ x 5 ” containing 8 folded papers to created 32 drawing pages. At first I thought it was a bit too small, but I grew to appreciate its diminutive size as it was easy to fill, and not too precious to send off.

The cover of the book  is a simple folded piece of book board: thin, folded, and stapled.  Of course I had to mess with the binding….

…but I messed with it only a little. Cut out a window, replaced the staples with sewing.  In fact I like the look of the board. I thought of drawing on the cover but chose not to.

I filled most of the pages with sketches.  I worked in it the same way that I work in my own sketchbooks: I find something that’s challenging to draw, then I draw it repeatedly until I feel like I better understand the visual language of the object.  I also wrote on a few of the pages.   At first my thoughts were trying to push through, so I let them. But that didn’t last long.

This is what I most liked about getting involved with this sketchbook initiative: they sent me emails reminding me to sketch. OMG, no one has ever done that for me before. I get emails reminding me to pay bills, show up for meetings, to take political actions etc etc, but no one sends me emails encouraging me to sketch. I love being reminded to draw, irregardless of whether or not I need the nudging.

Since this book is being sent off to Williamsburg Brooklyn, just a few blocks away from where I lived for many years, and right in the area where my friend Jose Gaytan took thousands of photos during the 1980’s and 90’s, I decided to dedicate my book to him before I sent it off into the world. 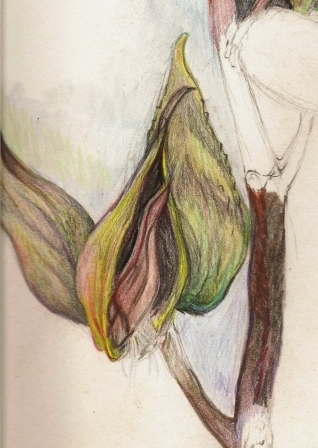 This weblog is one year old today.

After so many years of drawing, teaching, and thinking about art in relative isolation, it feels so good to be able to record bits of pieces of this journey in a blog.

As I attend to the rhythm, pace and visuals of posting, what has emerged is the discovery that this virtual tool is, itself, as much of an artful, satisfying vehicle of expression as my pencil, paper, color, glue and scissors work.

Thank you to WordPress, Search Engines, and Searchers.

A couple of weeks ago my dear friend Nancy, an avid recycler, sent me an email labeled “Favor” which included these words:

“Before next Saturday’s Compost Workshop (Nov 13) we need nine 8-1/2 x 11 signs, which I will have laminated so we can re-use them at future events. ”

I had no idea what a compost workshop was, but I make it habit to say yes to Nancy, as everything that has come through her to me has been a gift.

I had to ask her for some clarification. At the top of her list was “Dirty Linens.”  I had never heard of anyone recycling dirty linens.  She explained that the signs were for a dinner event which supplied diners with washable napkins. Okay. I like drawing draping cloth. 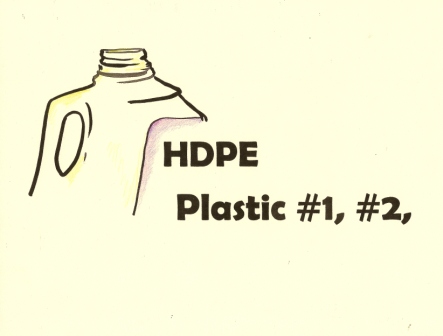 I decided to print the text and drawings on an off-white stock.  Also, I decided that I would hand color some small areas on the papers.  It wasn’t until after I was completely attached to these parameters that I realized that Nancy wanted to make numerous copies of the signs.  Since color printing is a whole other budget consideration, I made a second set of pages that are just black and white, meant for reproduction….and, for anyone who so desires, for coloring.   So, here’s  recycle signage in black and white, for anyone who is interested.

I still offered Nancy the set that is slightly colored, to use as she wishes.

Her next note was as follows: “Success…..copies made and laminated.. Very pricey….but the product is good.
Huge thanks to you.”

Next came a forward from an organizer of the workshop:

“With over 100 people we generated virtually no waste for disposal (at the incinerator). Last Sat. Melissa and I picked up close to 50 regular plates (free, which Melissa washed) at the Kingsbury Reuse Center, Aaron borrowed silverware from his church, and some of you brought extra mugs for others to use. 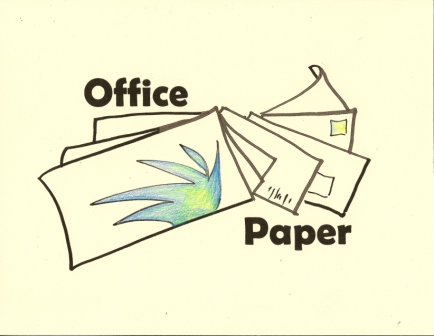 Since I did not sign the drawings, I suppose that they were viewed as clip art?  Nancy, in her “reply all” response gave me credit:  ” Paula Krieg illustrated the zer0-waste signs, and I really think much of the success goes to having clear pictures for people.   ”

Now,  here’s the last sign for the recycling line.  I particulary enjoy this one.