News Flash: A Codified Language Exists to Describe Patterns. I’ve been so excited to discover the way to speak about patterns.

I’ve been teaching decorative techniques for a long time now. I’ve started trying to use more precise terminology in my teaching, and I suspected there was more to know. I started out looking at artistic and graphic design sites, really I did. I  looked on lynda.com, I looked on youtube,  and poked around the internet in general. Then Maria Droujkova  pointed me in the direction of something called Wallpaper Groups, and guess what, I landed on sites that described pattern making with precision, using the language of mathematics.

The more I learn the more I understand that what math does is enhance the way that people can describe what’s in the world. It appears that hundreds of years ago mathematicians figured out how to understand and talk about patterns.

This summer I’ll be teaching a week’s worth of classes to young children at our community center. I enjoy showing students decorative techniques, so my immediate interest has been to develop a modest curriculum that focuses on making books that are embellished with style. Even though many of the students will be at an age where they are still struggling with concepts such as “next to” and “underneath”  I hope to introduce them to ways of thinking about concepts of transformation.

Strip Symmetry  is where I landed when I was surfing for a way to find words to describe the kind decorations I’ve been thinking about.  In other words, the patterns I am looking to teach will have a linear quality in the way that they occupy a space, as opposed to being like a central starburst, or an all-over wallpaper pattern. It turns out that there are only a handful of words that are used to describe every single repeating linear pattern ever made.

A Translation takes a motif and repeats it exactly.

Vertical Refection mirrors a motif across an imaginary vertical line. The name of this particular transformation confused me at first, as the design itself extends in a horizontal direction, but once I prioritized the idea of the vertical mirror, it made more sense.

Glide Reflection can be described as sliding then flipping the motif,, but that description sounds confusing to me. Instead, understand glide reflection by looking at the pattern we make with our feet when we walk; Our feet are mirror images of each other, and they land in an alternating pattern on the ground. Imagine footsteps on top of  each of the paper turtles you might better be able to isolate the glide refection symmetry.

Horizontal Reflection mirrors the design across an imaginary horizontal line.

Here’s a translation that shifts horizontally, but there’s no such thing as a strip symmetry that translates top to bottom. Instead, convention dictates that the viewer turns the pattern so that it moves from left to right.

Rotation rotates a design around an equator.  The pattern above, as well as the first image of this post, I had considered these both to be rotatation( ( I imagined the equator drawn across the middle of the page), especially if it’s 7 year-olds that I am talking to, but close inspection reveals more. To highlight that I am presenting these concepts with  broad strokes, here is what Professor Darrah Chavey wrote about the image above (the one with the leaves) when I asked for his input:

“As to this particular pattern, there’s a slight problem in viewing these leaves as a strip pattern. The leaves you show are made from a common template, but that template isn’t quite symmetric, and the way the leaves are repeated across the top isn’t quite regular. For example, the stem of the maple leaf in the top row, #1, leans a little to the left, and has a bigger bulge on the left. If we view this as a significant variation, then the maple leaves on the top row go: Left, Right, Left, Left, Right, Right, which isn’t a regular pattern, i.e. it doesn’t have a translation. On the other hand, if we view those differences as being too small to worry about, then the leaves themselves have a vertical reflection, successive pairs of leaves have vertical reflections between them, and the strip pattern on the top is of type pm11. The bottom strip is a rotation of the top strip, but if we view those differences as significant, then it still isn’t a strip pattern (it would be a central symmetry of type D1), and if we view those differences as insignificant, then it would be a pattern of type pmm2, since it would have both vertical reflections, and rotations (and consequently also have horizontal reflections).”
I was excited to get this response to the leaves image, as it reminded me that my newly acquired understanding of symmetries, though useful, is simply just emerging.

Darrah Chavey, who is a  professor at Beloit college, turned out to be the hero in this journey of mine, for having made and posted videos on youtube. Here’s a link to one of his many lectures on patterns: Ethnomathematics Lecture 3: Strip Symmetries

Now here’s some nuts-&-bolts of what I’ve learned from making the samples that I’ve posted here:

I am going to enjoy teaching these college level concepts to young elementary children.

6 thoughts on “Exploring the Language of Patterns” 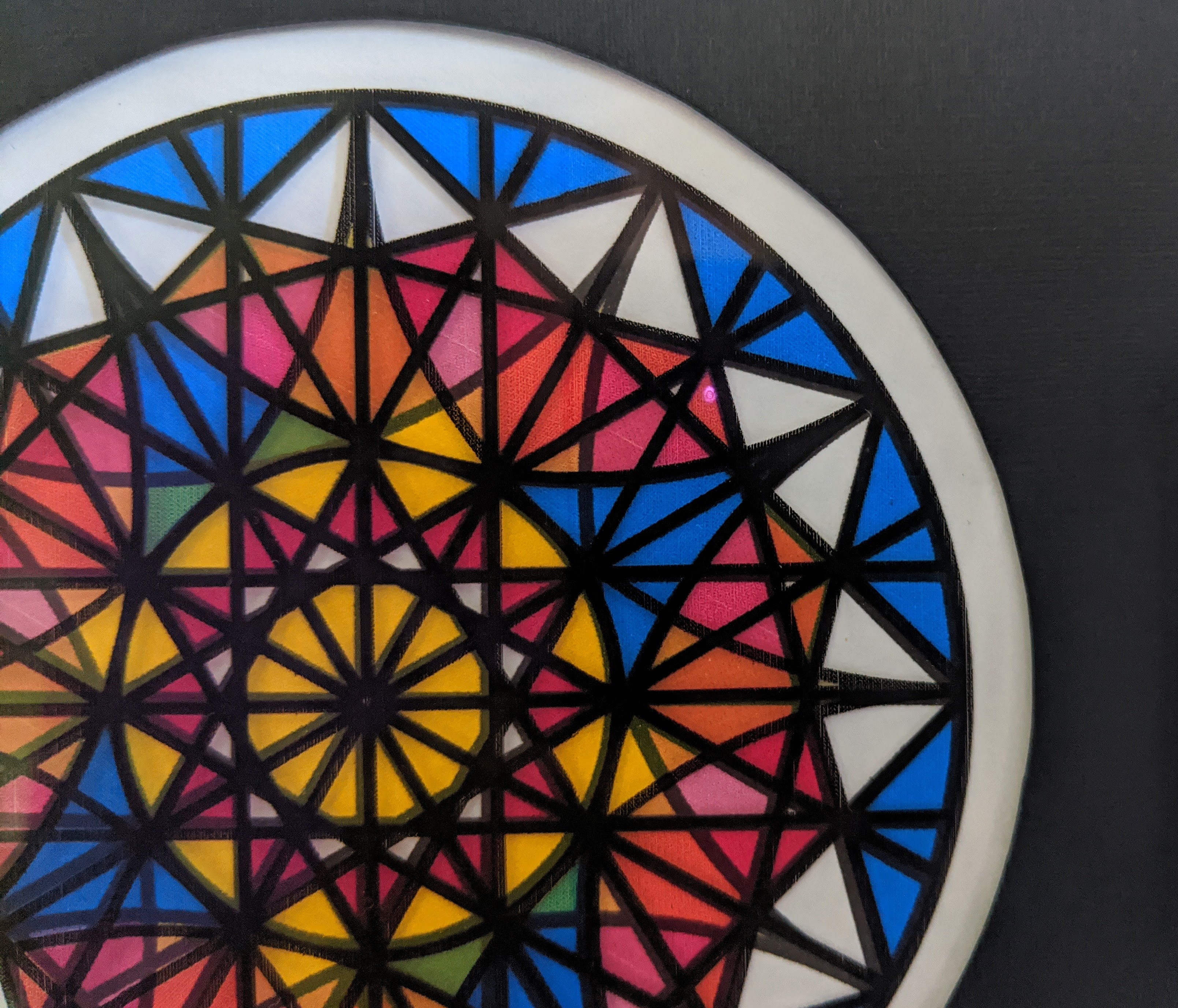