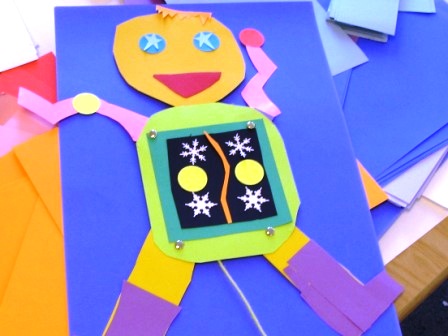 This past Friday I had the good luck of being able to work with students to test drive my instructions for making cut-paper Antique Jumping Jacks. The students were young, only in grades First through Fourth, but they were a surprisingly competent group.. Some of these childrens live nearby in Vermont, the others are from New York City, Massachusetts, and New Jersey. 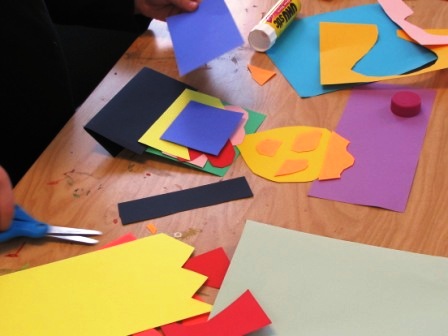 After seeing the my sample Jumping Jack, the students, knowing we had just under 2 1/2 hours to work, asked me how long it took me to make mine. I told them that I worked on mine for several hours,but that it would become boring to work on after awhile.so kept I kept putting it aside and coming back to it later. It’s not good to be bored while working, so I told them I was structuring the class in a way that would keep things moving. 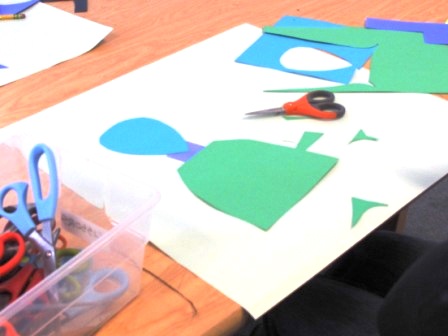 We started by cutting and gluing together simple shapes for the head and torso, using scraps of cover weight copy paper. 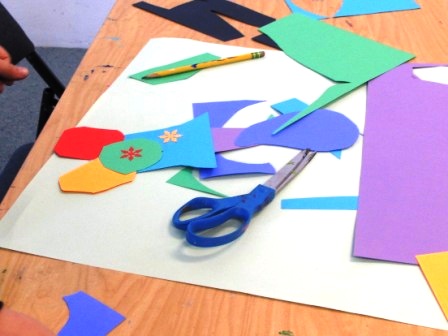 I told them we would work on the torso for only 25 minutes. If it wasn’t finished by then, we would still move on to the limbs, but they could come back to the torso later.
Before any ennui set in, I brought out some paper punches (of snowflakes. cirlces, stars and hearts) which kept things exciting. 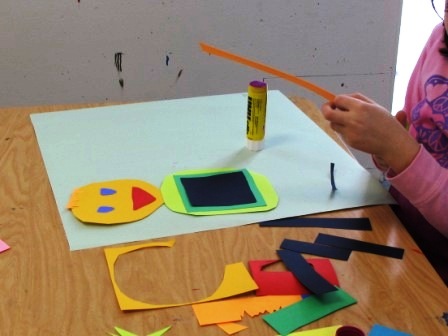 These kids seemed to have no problem keeping focused on their creations. 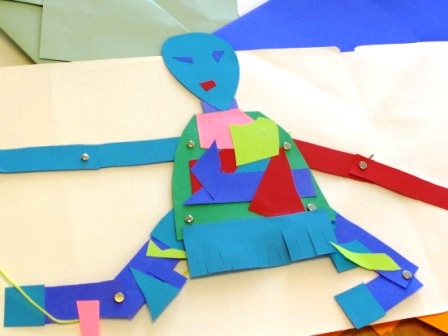 As soon as the limbs started getting attached, the work pace picked up. 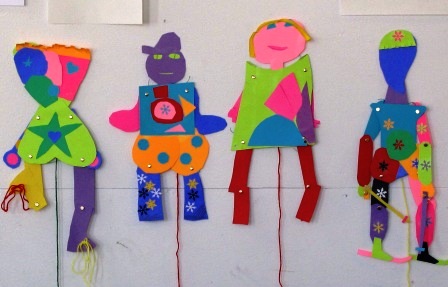 Here’s a line-up of Jumping Jacks at rest…. 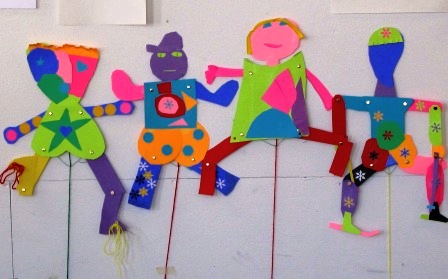 …and here they are again, jumping. 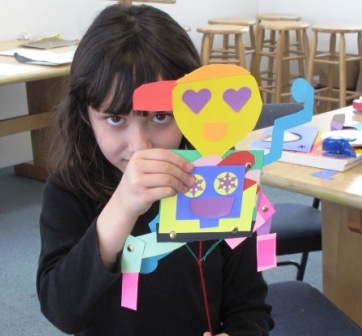 2 thoughts on “Antique Jumping Jack Toys, made by students”